Newspaper and magazine audience measurement in Britain underwent a quiet revolution today with the release of the first full set of data from the Publishers Audience Measurement Company (PAMCo) which replaces the National Readership Survey (NRS). I’ve been crunching the data and here are my top three findings:

On a daily basis, more than three-quarters of the UK's national and regional newspapers reach more Britons via their print editions than via phones or tablets or PCs.

Day-to-day, print is particularly important to the reach of The Times, the i, the Express, the Daily Star, the Evening Standard, the Metro and most of the regionals. Whereas for The Telegraph, The Guardian, the Mirror, and The Scotsman, more daily reach comes via phones than via their print editions.

Even on a weekly basis, most (slightly over half) of the UK's national and regional newspapers reach more Britons via their print editions than via phones or tablets or PCs.

Back in 2010, Rupert Murdoch said that the tablet "may well be the saving of the newspaper industry." The new PAMCo data shows tablets are the least important digital platform, behind PCs and way behind phones as devices through which Britons consume newspapers. 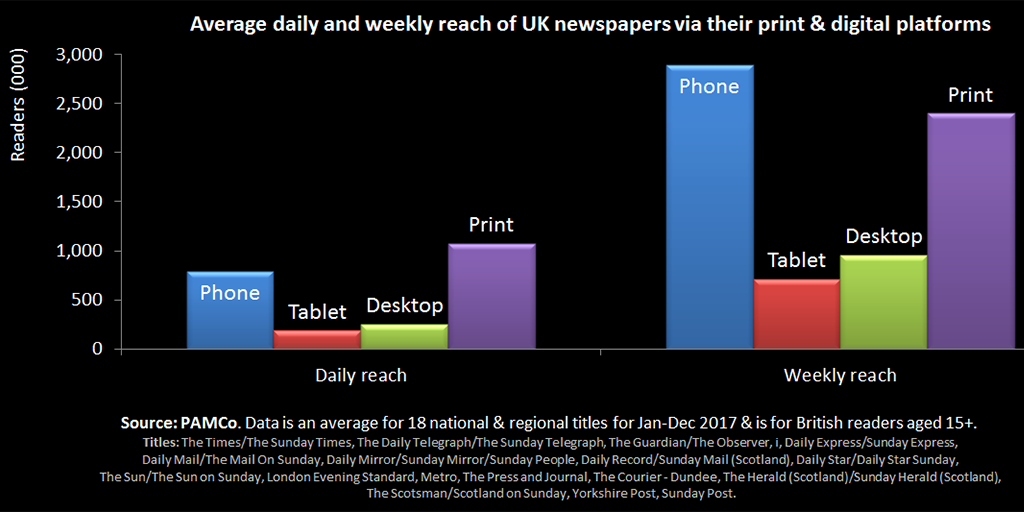 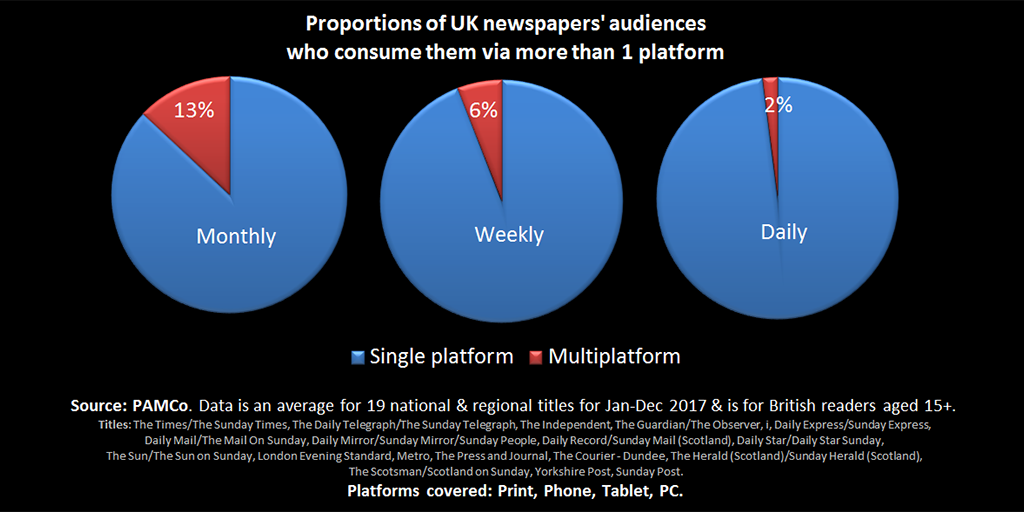 How is PAMCo an improvement over the National Readership Survey?

The PAMCo data gives, for the first time, the net daily and weekly readership of newspapers with phone and tablet readers (as well as PC and print readers) included.

Previously, the NRS's daily and weekly net readership figures had only included print and PC readers—a significant omission given how many people access news via mobile devices.

PAMCo also says it delivers much more accurate estimates of how many readers consume newspapers via more than one platform, for example in print and via phones. This is because, unlike the NRS, PAMCo interviews 35,000 consumers face-to-face and tracks the digital consumption of 5,000 of those same consumers by installing a tracker app on all of their digital devices.